How long is a light year? 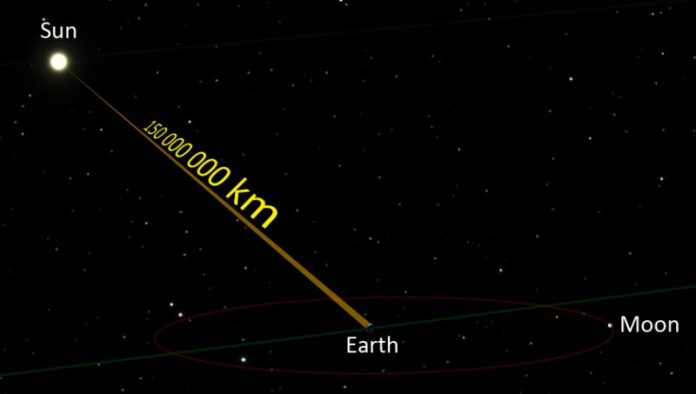 One often asks oneself how many kilometers a light-year is. In the following, we will go into more detail and explain everything you need to know.

It is a fallacy, but a light-year is not a time but a measure of length. This is usually used for research in space, for example, if you want to determine the distance between two celestial bodies. As the universe is known to be huge, the distances between the objects are correspondingly large. Below we go into how many kilometers are a light-year and how to get that number.

Light year: That’s how many kilometers it is

The units of length here in the world are pretty practically regulated: millimeters, decimeters, kilometers, etc. Of course, it continues steadily both downwards and upwards. But these are not enough if you have to determine distances in space. The light-years are used here.

If you convert the light-year into kilometers, the result is a considerable number. Length of just over 9.4 trillion kilometers. For comparison: the earth has a circumference of around 40,075 kilometers. If one were to expand the rim, the world would be about 234,560,199 times larger.

This is how the light-year was determined.

Now you are probably wondering how the 9.4 trillion kilometers came about. It should also be mentioned that a light-years is a strange unit.

The light-years are the distance a light photon travels in one earth years. To reach this distance, you would have to move at around 300,000 kilometers per second for a whole year.

Another unit may also be necessary.

If the distance between two objects is considerable, a parsec is used instead of the light years. One parsec is around 3.26 light-years.

So that you can visualize how much a light years is, NASA has posted a very descriptive video on YouTube:

We can hardly imagine a light year

While traveling from one continent to another takes a long time for us, these are distances in space that are hardly worth mentioning. This is why the strange unit light years is used to measure distances. In the following, we will tell you how far it is from Earth to Mars or the Moon.